Watercare has recently appointed Jon Lamonte as its new CEO. He’s so new, in fact, that when Mary Searle Bell spoke to him, he was still isolating in quarantine, having just arrived from Australia.

Jon officially began work on April 6, doing what he could by phone and Zoom from his hotel room. Once free, he’ll be busy meeting his team, stakeholders and partners in the water sector.

Although new to the industry, he has built an impressive career in management, with a strong operational focus.

He has spent the last few years at Sydney Metro where he was responsible for Australia’s first fully-automated metro rail network, leading the procurement, construction and delivery of the project. The first line opened in 2019 with a further line due to open in 2024, and two more beyond that.

It’s the connection to the public that made his job so enjoyable at Sydney Metro, and part of the attraction to his new role at Watercare.

“I like to do something that gives back to society.

“When that first driverless metro opened in Sydney, 140,000 people came out to celebrate. I just sat in the train and listened to their excitement. That was a key moment in my career.”

Jon’s career began when he joined the Royal Air Force.

“As a kid at school, all I wanted to do was fly aeroplanes. I was a bookworm and would always be reading about planes.”

As it turned out, about a year after learning to fly, he switched seats to become a navigator.

In his 32 years with the military, he flew operationally, seeing action in the Falklands, Yugoslavia and Iraq, before moving on to a logistics and procurement role with the Ministry of Defence (MOD). Starting as a planner, he ended up as the director general finance for defence equipment and support, which had him buying the likes of aircraft carriers, tanks and submarines as part of the organisation’s £17 billion a year procurement and logistics organisation.

“At the time, our purchasing was under scrutiny. It was a challenging time.”

For a number of years, Jon ran the largest airbase in the UK, Brize Norton, which has over 4500 people and three fleets of transport and air-to-air refuelling aircraft.

“I was there for the repatriation of the first war dead from Iraq. There were 55 families there and I met them all. Dealing with this magnitude of bereavement affected me a lot, and really highlighted to me the importance of safety.”

His final role with the MOD was as chief of staff, strategy, policy and plans, which included co-leading the strategic defence and security review into the UK’s maritime programme.

In 2011, he made the move away from the military and into civil service, taking the role of CEO of Tube Lines, part of Transport for London. Tube Lines is responsible for the maintenance, renewal and upgrade of the underground infrastructure on the Jubilee, Northern and Piccadilly lines. Jon’s tenure covered the critical period of the London 2012 Olympic and Paralympic Games.

Sticking with transport, his next move was to Greater Manchester. Here, he covered rail, bus, tram, highways, cycling and other forms of active transport.

“Then I got a call saying, ‘How do you fancy going for this job in Australia?’. I thought, if not now, when? 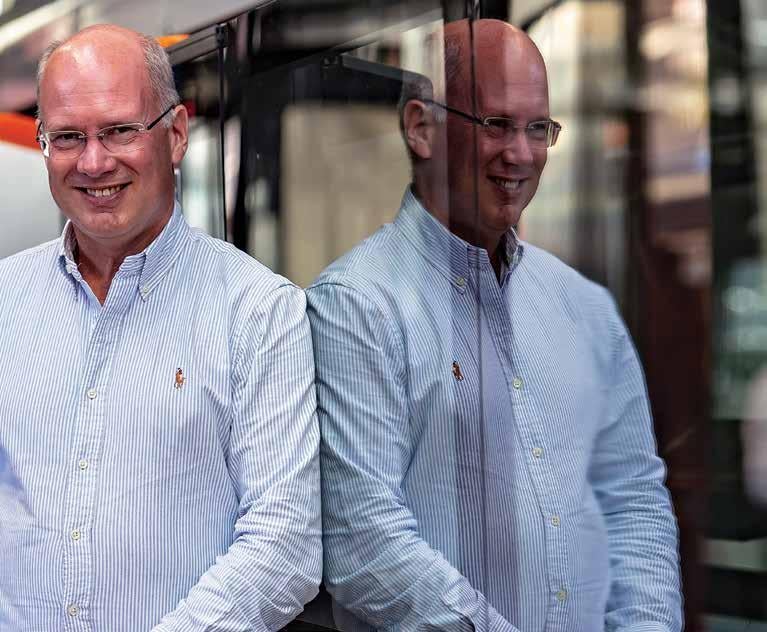 “The Sydney Metro role was a great opportunity, and Australia has great weather. I had no real ties in the UK, besides my mother in London, and we keep in close touch by phone, so I went for it.

“Interestingly, although the language is the same, the culture is very different. Sydney was a great place to be – I found lots of people with a similar outlook to mine. We just wanted to get things done.

“I took time when I arrived to get to know the culture – particularly the aboriginal culture – something I’d not been exposed to before. I knew that taking a respectful and understanding approach to a new environment is the best.

“It was a great opportunity to learn.”

Jon says he was perfectly happy running Sydney Metro when a head hunter called him out of the blue about the CEO vacancy at Watercare.

“I just had to look into it.

“And it’s New Zealand – who wouldn’t want to come here?”

Jon says he has experience of having worked in council controlled organisations, with Greater Manchester being a similar set-up.

“Success relies on every element of the council working together for the good of the people. A strong customer focus is important.

“There’s something about working with the customer to find out what they really want and need that I particularly enjoy.”

Jon believes he has the necessary skills and experience to lead Watercare going forward.

“I have had success in project delivery – the Sydney Metro project was the largest of its kind in Australia and we got it across the line safely, on time and on budget – and plenty of overall experience in leading a large organisation. Hopefully, I can bring a bit of fun too.

“I’ve spent many years working with shareholders and have the skills to influence and negotiate.

“My leadership style is collaborative. There’s a lot of experience in Watercare. I plan to bring the experts together and then give them the freedom to get on with it.

“I know how important it is to listen – I don’t jump too quickly to conclusions or take the first solution offered. Instead, I like to listen and learn. To be respectful.”

Jon also says he is very conscious of the importance of Māori perspectives and culture and their relationship with the land and water, and he is keen to add some Māori words and phrases into his vocabulary.

With just a few days of confinement left in MIQ, Jon is upbeat and excited to start the next phase of his life in Auckland.

“I can’t complain about my managed isolation – the staff have been more than helpful, the food is great, and I’m allowed out to exercise. But I am really looking forward to getting out and meeting people face-to-face.”

View in our latest Water journal